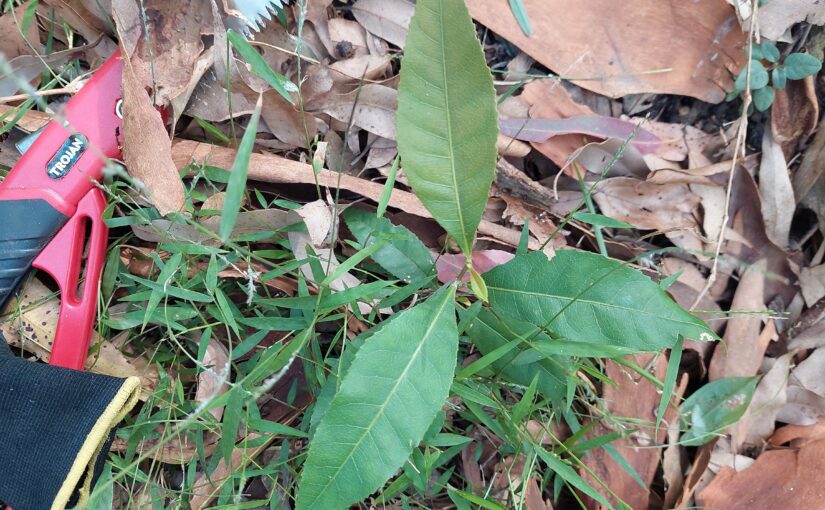 Was able to get another 3 or so hours in this afternoon. I took the weedpuller down with me to help with some privet but in the end, I didn’t get to the section I intended to work on (nothing new there…).

Palm grass has been getting ignored for the last six months or so and it was showing. Multiple spots where it was getting far too healthy. So I tried the weedpuller out on the palm grass and surprisingly, it made easy work of it. I expect it depends on how soft the ground is but as it was, it made easy work of most of it (easier than a mattock at least). I dared not clear all of it in case it was holding the bank together but I did enough to keep the shade off the nearby cheese tree sapling.

I was disturbed to find the tree fern near first fall was in dire straights. I hope it makes it. It seems that removing the camphor laurel has just allowed too much light to reach it. Fingers crossed that it adjusts to having more light for a while.

Once again, I decided to help out the Gahnia by picking on the fishbone fern. Not removing all of the fishbone fern but rather, just thinning it out and breaking off any large fronds. It is a slow process but it seems to be working. I hope the area along the creek between first and second falls will end up being mostly Gahnia.

Another inspection at the top of 2nd falls shows the Swedish Ivy really taking off.

On the positive side, the area has a variety of desired species doing well

Including a first for Dick’s Creek, a Blueberry Ash. 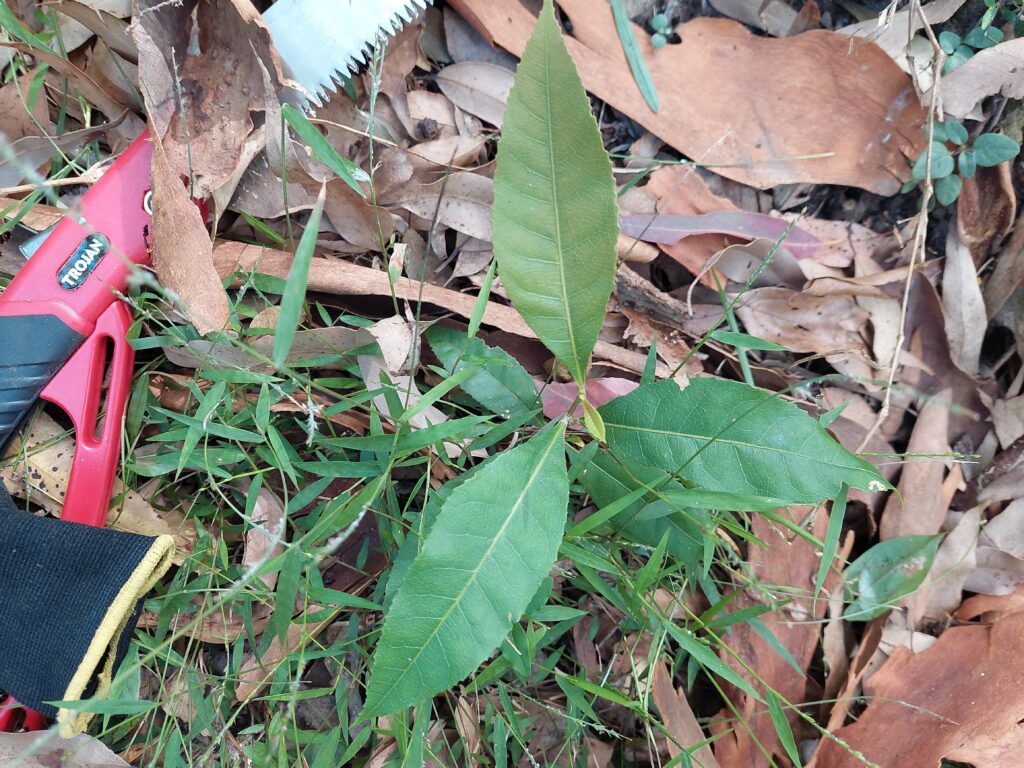 I do need to address the Swedish Ivy issue but today I only got to the a couple of privet trees and some camphor laurels. A productive day though.