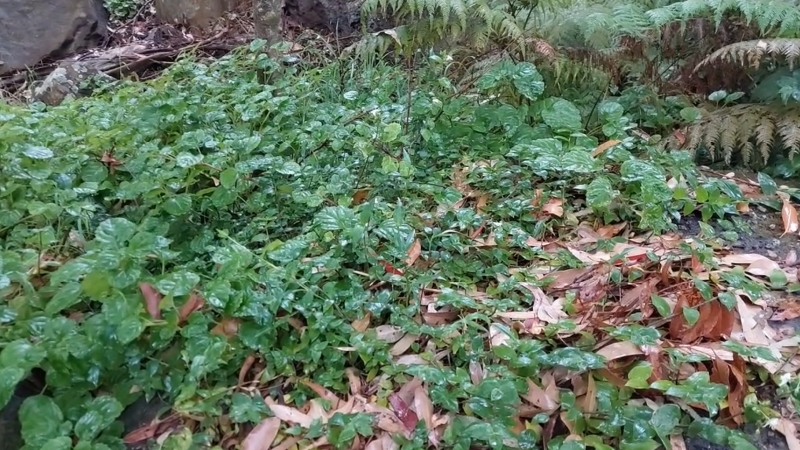 Rain combined with family commitments has left Dick’s Creek bush regeneration on the back burner over the last few months. To prepare for a renewed effort, I did a quick site inspection on the 13th of November, 2022. Really just a quick walk around to see if any areas were pressing. It was a mixed bag…

At the top level, near Green Valley Rd, It was good to see Lomandra popping up in new places:

And the cheese trees planted towards the front all look healthy, even if they are growing soo slowly:

Sandpaper figs appear to be able to grow in the most unlikely of places. Here from the cliff at first falls (underneath the false bracken fern):

Also an example here, growing in the smallest patch of dirt that lies in the middle of the creek:

Still, the bank on the north side is dominated by invasive weeds. Apart from the obvious Ginger lilly seen in the image below, palm grass and mist flower have never given up trying to own this location.

At the bottom of First falls, on the south side, the bleeding hearts are going well. There is also a red cedar (I think) as can be seen in the middle of the image below. There are also other natives taking hold but unfortunately they are accompanied by wandering willy, crofton weed and many of the other weeds that are common throughout the reserve. Maintenance is definitely needed.

Here is the video of the same spot, saying the same stuff but showing off my lacking video editing skills:

Between the first and second falls, the Swedish Ivy has been loving the extra rain. I have tackled it previously and I find it is easy to remove but with so much of it, I am going to need to dedicate a day to get the bulk of it done:

It is not all bad though… Various natives are still hanging on as can be seen in this clip:

One sad finding was the loss of some sandpaper fig saplings that I had planted at a spot near the top of Second falls: 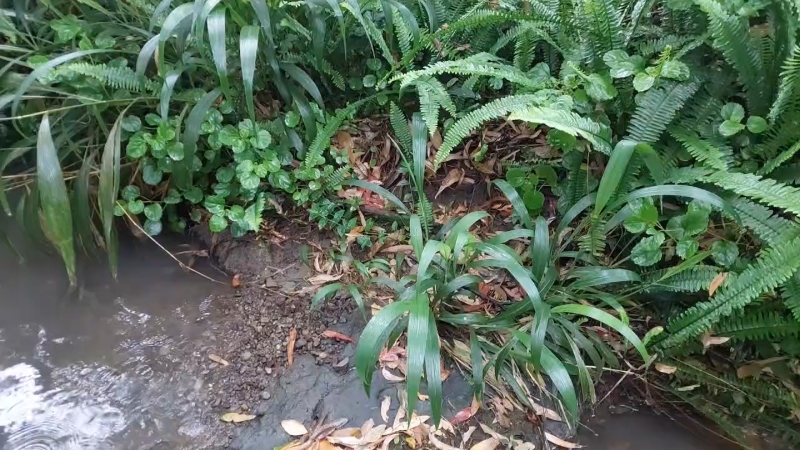 I had previously planted them at this location when there was a lot more soil on the bank. Ironically, the intention was to reduce erosion. Considering sandpaper fig’s ability to grow in the most unlikely of spots, I was thinking they would make it here. However, we had some big rain events since then and clearly this spot was not protected enough to stop them from being swept away. Who knows, maybe they found a spot further down stream…

After moving past the top of second falls, I had great difficulty moving through the bush. Tracks that were previously clear and easy to follow, no longer existed. It was the same picture however. A big mix of good and bad. My next working bees will be a mix of tackling the swedish Ivy on the west bank and the lantana that is still strong at the rear of the reserve. 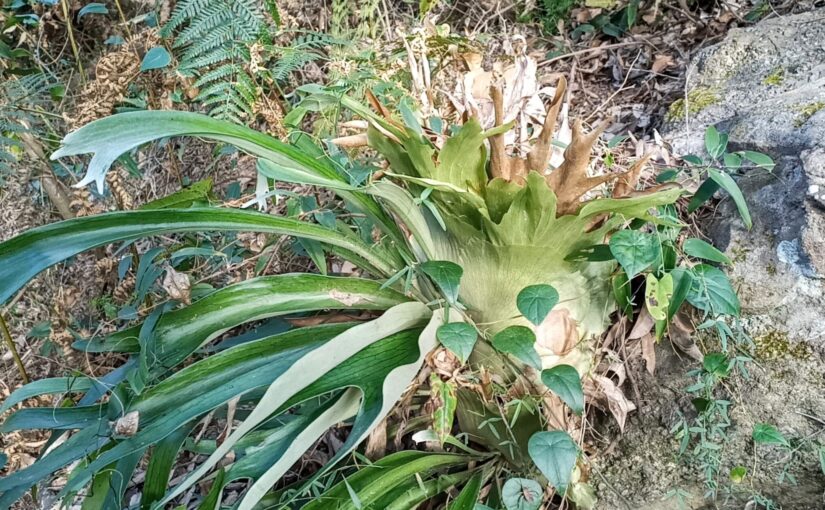